Over the years, the controversies surrounding the famous contest have not been lacking (Photo: REUTERS/Ronen Zvulun)

miss Universe It is one of the most important beauty pageants that exist. because since its creation in the 50s of the last century, this annual event seeks commemorate the most representative “beauties” Worldwide.

However, like all kinds of contests, throughout history great controversies have arisen in various editions of the contest and subsequently We tell you some of the most remembered. The contest has focused on rewarding the most “beautiful” contestants (Photo: REUTERS / Ronen Zvulun)

The Venezuelan Alicia Machado won the Miss Universe crown in 1996.However, over the years it has been discovered that not all his experience was rosy, as he had great conflicts with former President Donald Trump, who at that time had bought the organization and was the leader of the contest.

And it is that at that time, when the model he was 19 years old his reign was overshadowed for harsh comments Trump made toward her in the months after her victory.

This happened because Machado gained a little weight and due to this situation, the republican decided to put her exercising in front of the cameras.

So comments like “Miss Piggy” or “eating machine” They were some of those that Alicia had to listen to in those years and that seriously affected her. Alicia Machado has shared on numerous occasions the sadness that invaded her in the months after the coronation due to Trump’s ridicule and insults for her weight (Photo: special)

In addition, The also American citizen denounced the businessman for having tried to have sexual relations with her during the time when she won the beauty pageant

Undoubtedly, one of the most renowned controversies in recent years is about the moment when, during the transmission of Miss Universe 2015, the viewers of everyone was stunneds after driver Steve Harvey made a fatal mistake.

Everything happened almost at the end of the contest, when all that remained was to name the winning model. At that time, Harvey announced as the winner of Miss Universe Ariadne Gutierrez from Colombia, but when the celebrations were gaining intensity, the driver mentioned that it was a mistake and that the real winner was Pia Alonzo Wurtzbach From philippines,

Harvey asked the public for their understanding and showed the card with which he had to announce the winner. 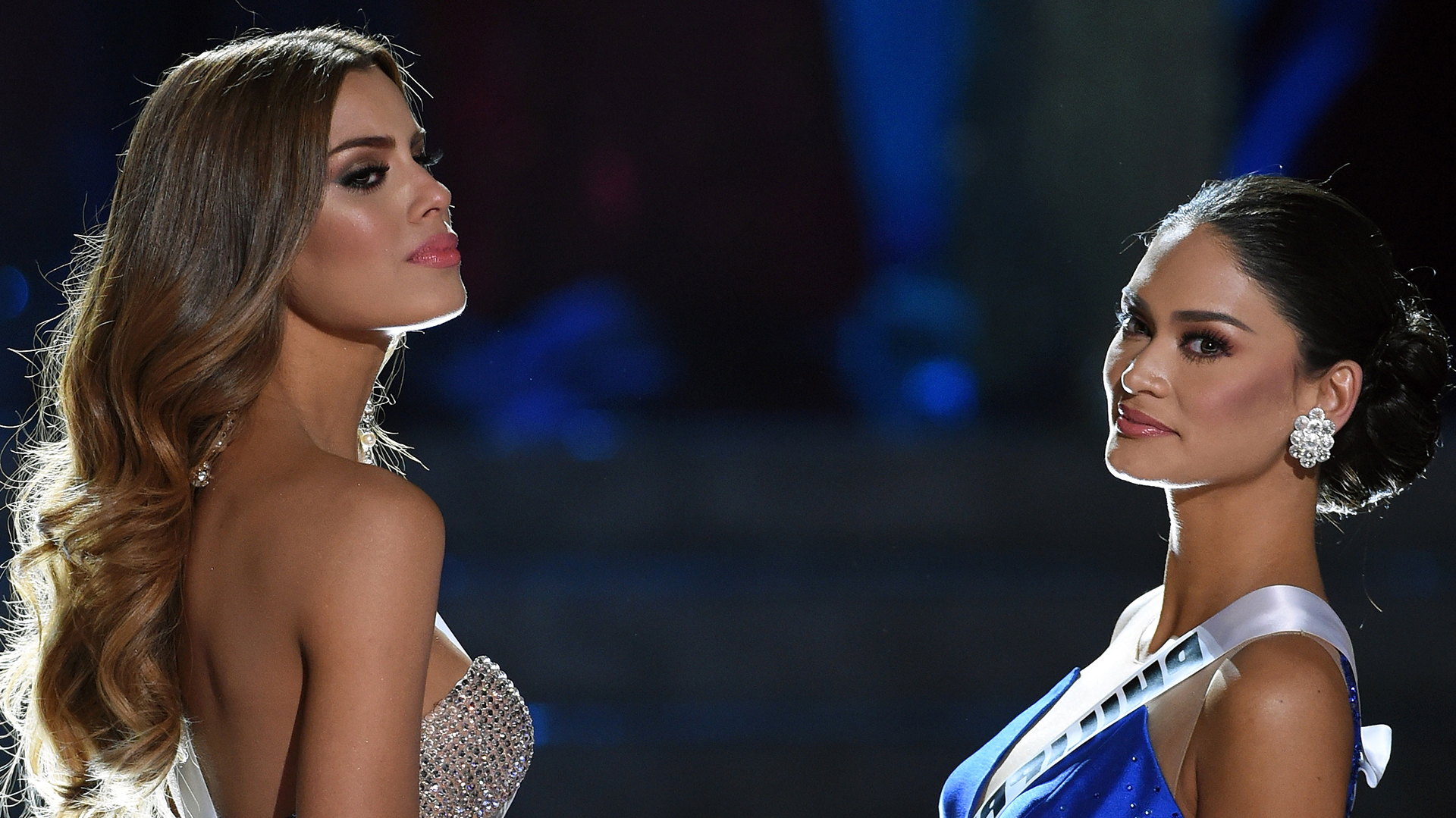 Miss Colombia was mistakenly named the winner during the 2016 edition (Photo: AFP)

“I take responsibility for this, it was my mistake, it’s on the card”, said the presenter. “But I can show you, the first finalist is Colombia, it’s my mistake… I feel very badPlease don’t blame the girls.”

One of the few things that can make a pageant like miss Universe where year after year young women strive to show off their beauty and charisma on stage, are the falls.

And for several years the event has not been exempt from them. One of the most remembered was in the selection of Miss Universe 2007, when in Mexico City, Miss United States, Rachel Smith, fell and inadvertently became a star of Youtube.

As if this had not been enough, in 2008 a similar episode happened again, but this time it was the turn of Crystal Stewartwho, in the same way as her US predecessor, slipped resoundingly.

“I think I’ll have to take some runway classes.”Crystle Stewart told the AP back then.

Video: María Fernanda Aristizábal is the new Miss Universe Colombia 2022
Andrea Meza will run the New York Half Marathon for a good cause
Who is the Miss Universe who had an affair with Guillermo Andino in 1991 and what happened to her life