Russell Crowe in the 2000 film Gladiator. At one point during filming, he threatened to walk off the set in disgust with the script (Photo by Universal/Getty Images)

Almost twenty years ago, long before the slap of Will Smith at the Academy Awards shocked the world, another Hollywood favorite shocked everyone with his bad behavior in public. Though in his case, the slip in behavior wasn’t really a surprise. After all, those were other times, and Russell Ira Crowe had become famous – and had won the Oscar, all at the same time – for Gladiatorthe movie of Ridley Scott in which he swore revenge “in this life or the next” and faced none other than the emperor of Rome in the Colosseum.

Half Maori and descended on his father’s side from Welsh and Scottish Prisoners that populated the British penal colonies of the islands of Oceania, Crowe was never good manners. He was born in Strathmore Park, a suburb of Wellington, New Zealand, on April 7, 1964, into a family associated with the film industry: his parents had a catering company for productions and filming; his maternal grandfather was a filmmaker.

The Crowes moved to Sydney in search of better opportunities in the burgeoning Australian television industry when Russell was four years old. Soon they began to work for the most important networks. Russell ran through the sets; he was five years old when he said his first lines in a series.

When he was 14, the family returned to New Zealand. Two years later, he left school: He was convinced that acting was his thing. Instead, dedicated himself to music under the pseudonym Russ Le Roq. He played in pubs and recorded several songs, including his prescient hit I just want to be like Marlon Brando, although the hit thing is a saying, because his songs never ranked on the billboards or on the radio. Not even locally. Then he thought about enrolling in the conservatory, but someone told him that it didn’t make sense: “You’re going to waste your time. What they can teach you there you have already been doing since forever”. It was true. With 22 years, had just passed the casting call for her first major role in the musical The Rocky Horror Show which premiered in a New Zealand theater. Being an actor was serious.

In 1990 he made his first film in Australia, The Crossing, and also began to act continuously on television in that country. The awards were not long in coming, and although he was never granted citizenship, he became the darling of the public and critics.

It came to Hollywood from the hand of the science fiction thriller virtuositywith Denzel Washingtonin 1995. He was an android and he wasn’t even on the poster: in Australia it could be a number one, but to internationalize it had to pay a flat fee.

Three years later, however, Crowe was sharing a split-screen bill with Al Pacino in The Insider (1999), under the orders of Michael Mann. The film was not a box office success, but it had a nomination for best actor at the Oscars: his. His name was beginning to be heard outside the limits of Port Jackson. 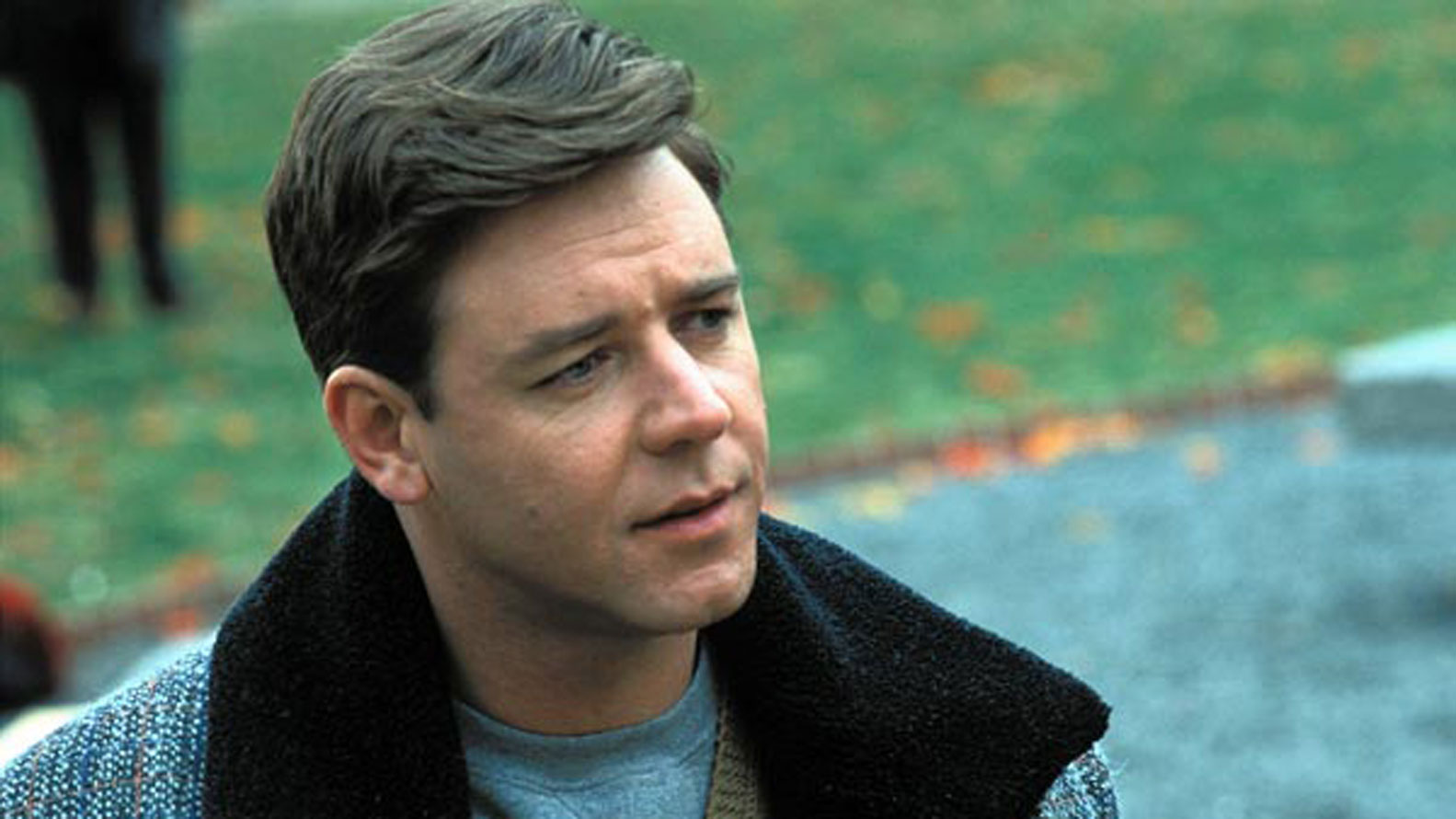 Russell Crowe in “A Beautiful Mind.” For him it was his best work

So the fever Gladiator (2000), one of those epic dramas, a mixture of action, history, honor, duty and love, in the manner of Spartacus or Ben Hur but with the effects of this millennium, and with a muscular and new protagonist, who led en masse families to movie theaters, did the rest. Scott’s blockbuster had cost $100 million, but he made $35 million back in its opening weekend in the United States alone. In total, it grossed more than $460 million worldwide and received eleven Oscar nominations. Of the five that took, one was the Best Actor for Crowe.

Shy, smiling, grateful to his ancestors – he wore his grandfather Stan Wemyss’ Order of the British Empire medal on his jacket for filming during World War II – but above all to the director who gave him the opportunity and who since then moment he would become his godfather and protector in the industry, the actor gave a speech on receiving the award about what it meant to be there for a boy who had grown up in the suburbs of Sydney and also gave a kind of humility. What was beginning to seep through, instead, was that this hyper-talented Maori was far from humble. 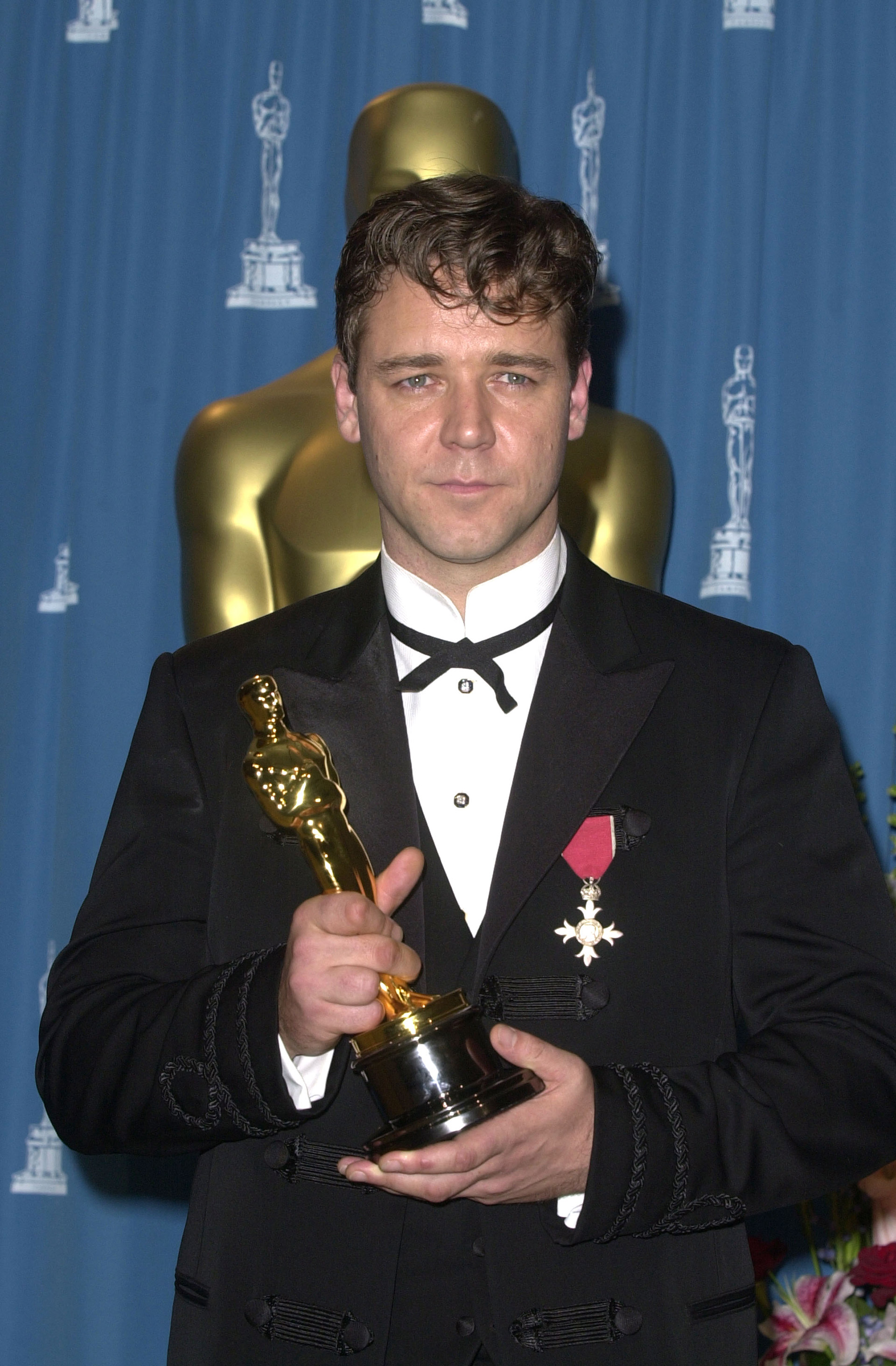 Russell Crowe with his Oscar for Gladiator (Photo by SGranitz/WireImage)

It soon became known, for example, that had sharply questioned David Franzoni’s original script –edited in turn by John Logan at Scott’s request–. Crowe was said to have threatened to walk off the set of Gladiator if they didn’t make the changes he wanted and that he had attempted to rewrite the entire film script on the fly. “You know the line from the trailer, ‘Will I get my revenge in this life or the next’? Well, at first he flatly refused to say it,” a Dreamworks executive would later reveal.

Own William Nicholsonthird and last contracted screenwriter, assured in an interview that Crowe told him: “Your lines are garbage, but I’m the best actor in the world and I can make even garbage sound good.”. The worst thing was that, due to the legitimacy of the results, he was right. 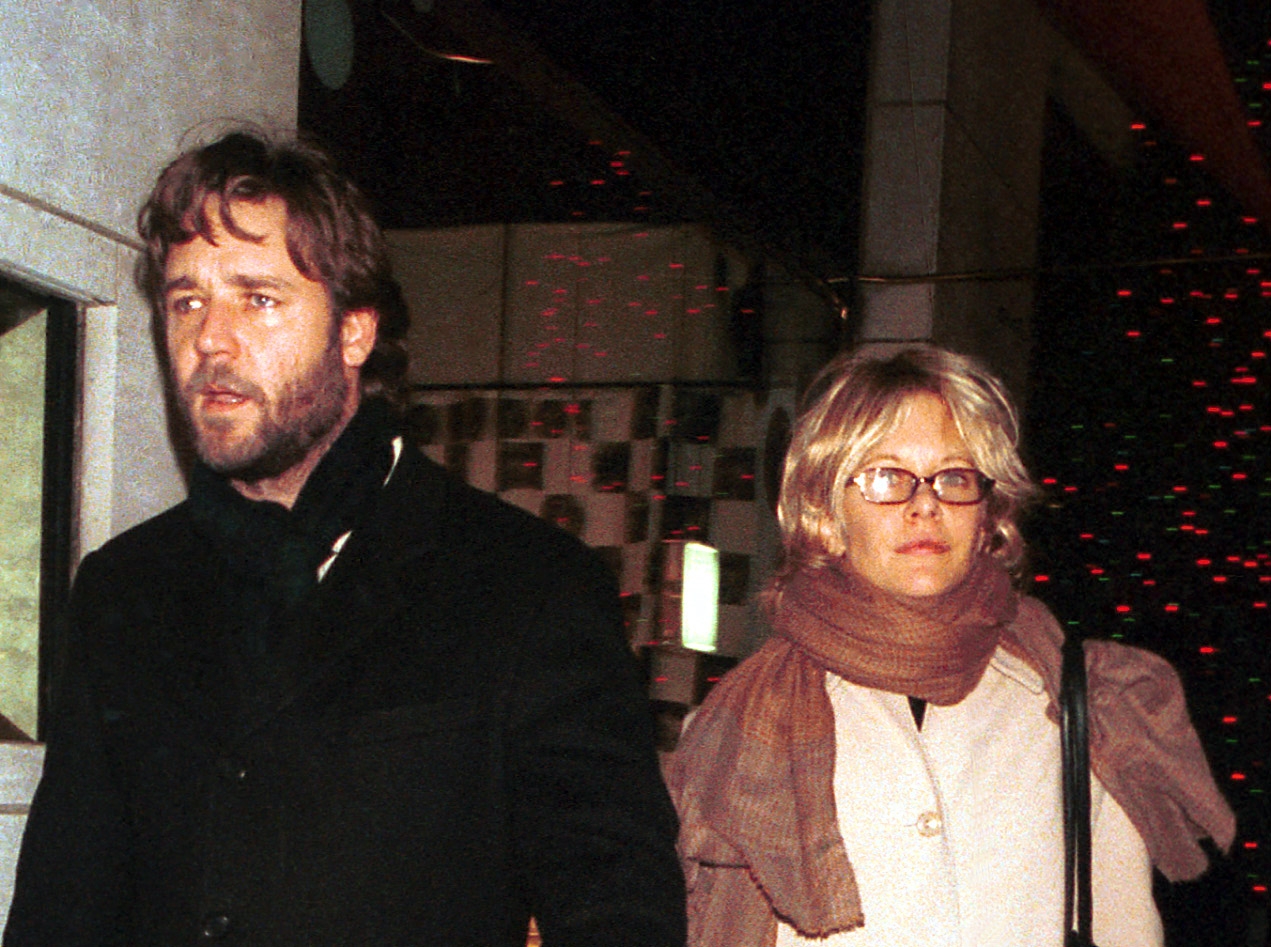 A year earlier he had met the Australian singer Danielle Spencer and it was she who accompanied him on that glorious night at the Oscars, but there was also another open secret: I’ve been dating for months the then “sweetheart of America”, Meg Ryan, who – the tabloids said – “had fallen madly in love with him” while they were filming Life test.

Ryan was still married to Dennis Quaidwith whom he had a son, and when the divorce was announced, the ingredients of the scandal were served: the muscular actor of the moment as a third party in discord and voices in off willing to say that the entire shoot had been uncomfortable because the scenes went from real.

The culprit, for the conservative American public accustomed to Ryan being the heroine of their family comedies, was her. the actress of When Harry met Sally he had to get off the film’s promotional tour – which was a complete commercial failure – to avoid prying questions, but even so, his career never recovered. His relationship with Crowe, neither, although he always loved him and over time he assumed what had happened between them, he confessed that he had been unfaithful to his ex with him, but also that he had nothing to do with their separation: “It was a great story,” Ryan said. 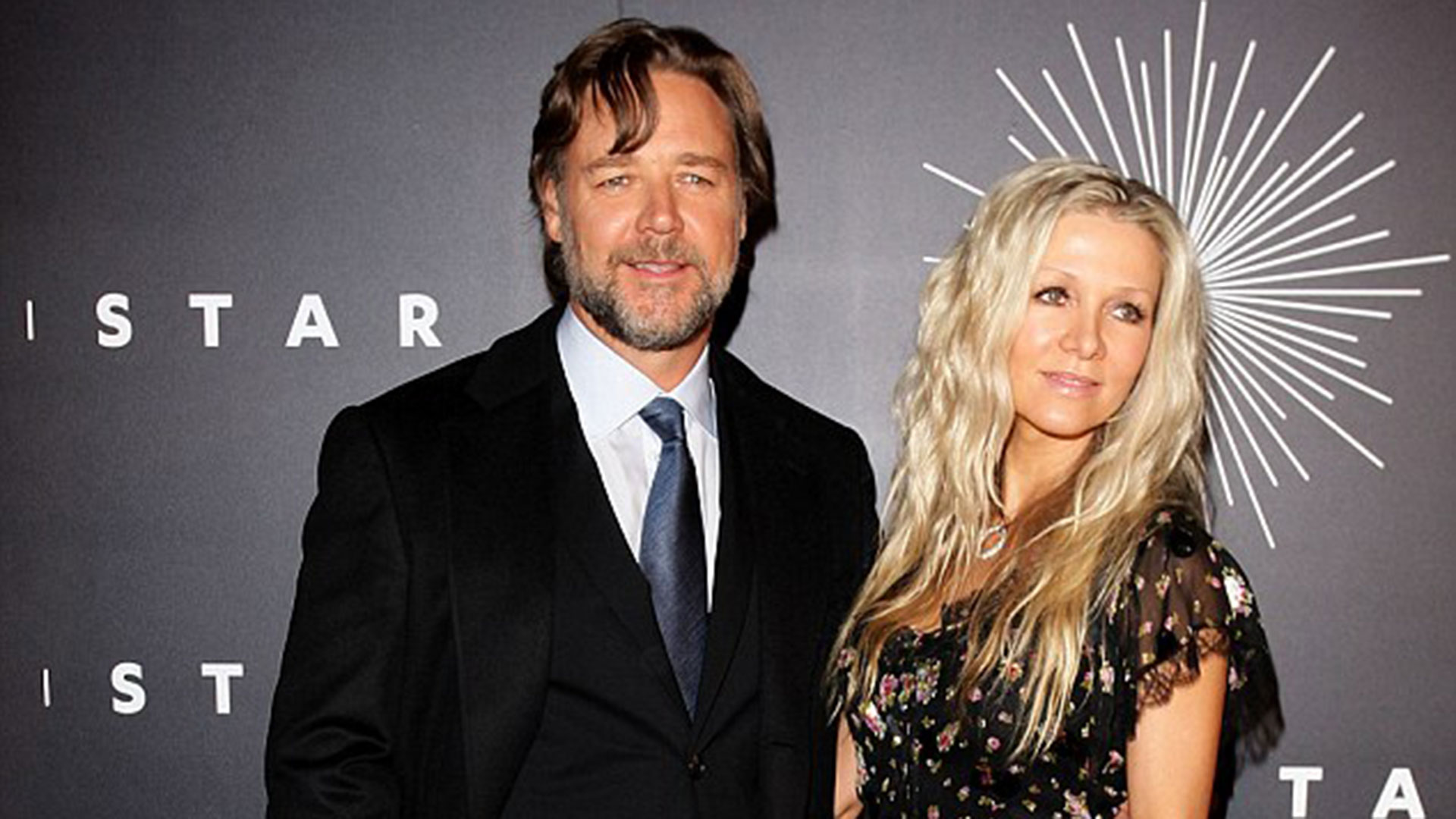 After breaking up with Meg Ryan, Crowe got back together with Danielle Spencer. The reconciliation did not last long

What was also known over the years was that who was really madly in love was Crowe, who wanted to marry and have children with Ryan. People magazine published at the time that she showered her with gifts –such as a puppy and a 1963 Buick Riviera–, and also that it was too much for her: she felt that she could not get out of a years-long marriage to enter into another commitment. .

That was how he returned to Spencer’s arms to concretize his plan to start a family; if he wasn’t with Ryan, he would be with her. When asked about Meg years later, however, he did not hesitate to say that she “is a beautiful and brave woman. It pains me that I lost her company, but I never lost her friendship.” Some still say that it was the great love of his life and, in fact, after his divorce from Spencer, in 2018, another stable couple was never known again, until a few months ago, when he was shown together with the Australian actress Britney Theriot.

always said that A brilliant mind (2001), from Ron Howard, for which he received his third consecutive Oscar nomination and won the Golden Globe and BAFTA, was his best film. And it is that some of the tricks that brain chemistry could play on a person of dazzling intelligence like the mathematician John Nash should resonate with him when composing the character. As well outside of fiction the problems began to be noticed more and more. 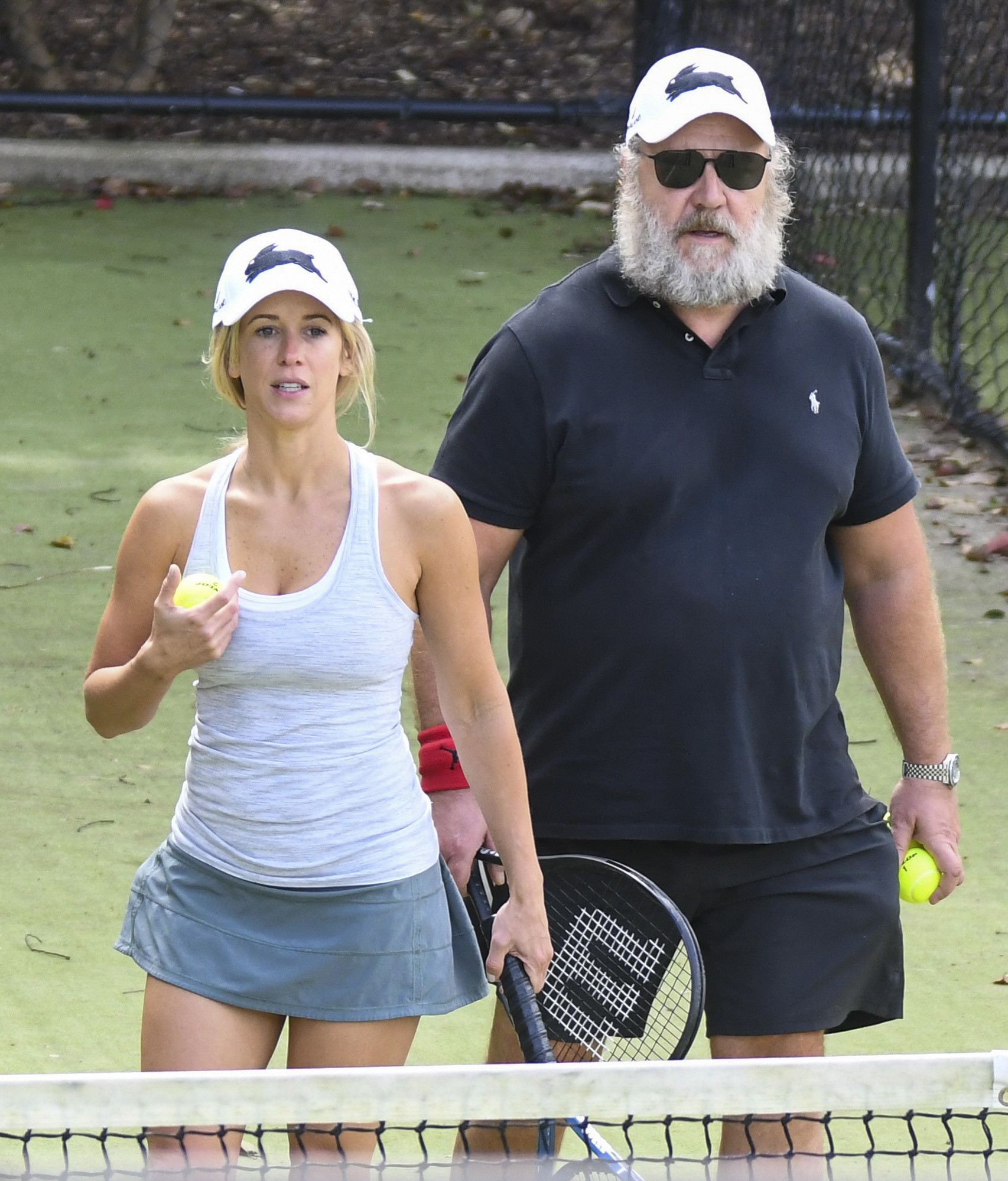 Russell Crowe and his girlfriend Britney Theriot in 2021, during a tennis match in Sydney, Australia Photo © 2021 Media Mode/The Grosby Group

On the day of his 39th birthday, April 7, 2003, he married Spencer in a specially built chapel on his ranch in Australia. She was already pregnant with Charles (18), and then Tennyson (15) would arrive. He kept filming tanks like Master and Commander (2003) and cinderella-man (2005) and playing with his band, 30 Odd Foot of Grunt.

He always managed his excess testosterone as fanatic fan of the South Sydney Rabbitohs rugby team, whom he encouraged from childhood. When he became famous, he tried to get Ted Turner to bail them out financially and he helped himself with his presence and large donations from him, as well as playing and hosting benefit games. But eventually rugby wasn’t enough.

It was June 2005 when he was arrested by the New York police after throwing a phone at the concierge of the Mercer Hotel. because the clerk allegedly refused to help him make a call. The janitor had to be treated for the injuries he sustained to his face, and Crowe was charged with illegal possession of a weapon: the telephone. His handcuffed photos traveled the world. He had to plead guilty and paid an undisclosed fortune to avoid trial. 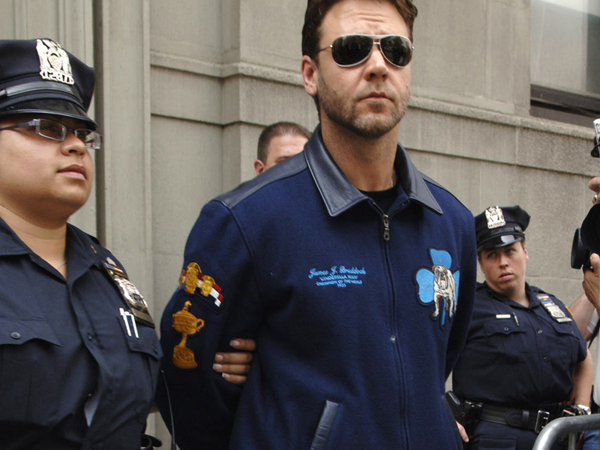 Crowe’s image would remain forever associated with those outbursts that seem written in his middle name, Ira; there is even an episode of South Park that hints at his aggressivenessand it’s something he is asked about in every new interview. “We can all be unpleasant,” he told El País, for example, a few years ago. I just admit it.”

But of course, his career, with ups and downs, was never canceled the way Will Smith’s is now discussed. Perhaps because the talent of that man capable of putting on 30 kilos in the manner of De Niro to compose a character, as he did for two good guys (2016), or the miniseries The lowdest voice (2019) has nothing to do with his temperament. Or, the other way around, because he’s part of the gladiator combo that made him jump from suburban Sydney to Hollywood glory.

Russell Crowe: why he left school, his acting past for handouts and how Gladiator was made “in the dumbest way”
Meg Ryan turns 60: the most famous orgasm, a difficult love and the fall after a romance that the public resisted

Russell Crowe, the Oscar winner with the worst character: threats, a phone as a weapon and the love he never forgot